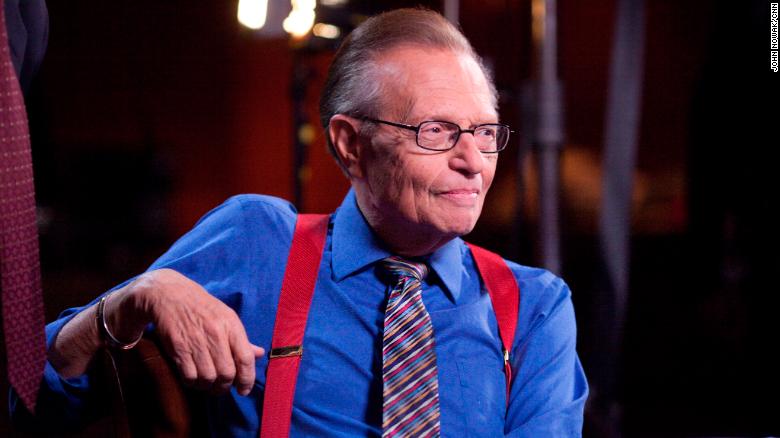 The legendary Lawrence Harvey Zeiger, aka Larry King, dies at 87 after succumbing to COVID 19. the Novel Corona Virus Disease. Since the emergence of the world’s recent pandemic COVID 19, many high profiles and millions of people have lost their lives.

2. What age has Larry King passed on.

3. Which Hospital did King die?

According to PEOPLE magazine, at the time of Larry King’s death at 87 years. Larry had separated from his wife SHAWN SOUTHWICK: 1997-2019. Shawn is the mother of two grown sons: Chance and Cannon.

Alene Akins, a Playboy Bunny, at one of the magazine’s was Larry King’s third wife. Larry King who died aged 87 had to marry her twice. Larry said, “she was so nice.” Alene is the mother of Chaia who died in the summer of 2020 succumbing to Lung Cancer. Andy larry another of larry’s child died the same year of heart attack.

7. Why Larry King made no mistake as a TV show Host?

After working for over 20 years at CNN and winning the PeaBody award in the 80s. Larry King who died aged 87…

Iranian Presstv.com a proxy website has been seized by the US. Its Ubiquitous.

CREATING AND DELIVERING SUSTAINABLE VALUE FOR THE LONG TERM AT ARSENAL FC AMIDST THE CURRENT CRISIS AND DOWNTURN.

SUDDEN DEATH of PRESIDENT IDRISS DéBY OF CHAD: The Next 7 Things To Immediately know About

Why lawmakers fuss over big companies using backdoor into the banking sector.

What to Do About Inconsistency and Mediocrity on the Arsenal Team

Disruptimes.com is a website that highlights technology, music, business trends and any other niche and genera that cause a disruption in its line of operation.
Contact us: [email protected]
© Newspaper WordPress Theme by TagDiv
21-things-you-need-to-know-surrounding-his-deathbed